Skip to content
All
Tea and Health
Tea Facts

Toning with tea? Now is the moment to master this art!

Few people do not look forward to spring. Indeed, this past winter surprised us with some strange behavior and many winter sports fans still dream of ski adventures down the white slopes. And this spring is also playing an odd game. It pops its head, then it takes few steps back and hides behind snow and fog. However spring fatigue never fails to show with the blossoming branches and always grabs many of us in its paws. If you still do not know how to deal with it, read the following lines carefully.

What is spring fatigue?

Spring fatigue is a disorder that one can feel in early spring and fight it for at least a month. Signs of spring fatigue include weakness, drowsiness, distraction, irritability, rapid fatigue. One’s mood may undergo sudden changes that will further increase one’s irritability. Some doctors argue that spring fatigue is a reverse seasonal affective disorder. In other words, instead of suffering from fatigue and low energy levels in the winter, these symptoms appear in the spring. In some countries, for example, the suicide rate rises in the spring.

Among the causes of spring fatigue, doctors include a disturbed hormonal balance. In winter, we produce more melatonin, also known as sleep hormone, because the day is shorter. As the day increases, our body produces more serotonin or the so called hormone of happiness. In addition, our body produces more endorphins, testosterone and estrogen. This makes our body feel overwhelmed and logically, more tired. And in the spring we are doing more physical activity which also exhausts us.

How to beat spring fatigue?

There is a pleasant, tasty and affordable way to get energy and positive emotions that will help you overcome spring fatigue.

We suggest you include DelmarTe toning with tea in your daily regimen. It needs to be an important step in your overall plan which should also include:

The above mentioned factors have led us to think that it is best to suggest green tea to deal with spring fatigue. Did you know that green tea is the most consumed beverage in the world after water? It is also one of the healthiest. And thera are proofs – the largest number of studies have been conducted to prove the benefits of green tea among all types of tea. Along with white tea, green tea is the least processed after picking, which helps it retain its miraculous properties to the greatest extent. Green tea is extremely rich in antioxidants called flavonoids, which fight oxidative stress and contribute to the normal function of many of our internal organs.

Why is green tea best to beat spring fatigue?

In the brain, caffeine blocks the inhibitory neurotransmitter adenosine. This increases both the firing of neurons and the concentration of neurotransmitters such as dopamine and norepinephrine. Results from various studies show that caffeine can improve various aspects of brain function, including mood, alertness, reaction time and memory.

In addition to caffeine, green tea also contains our the amino acid L-theanine. It has the ability to cross the blood-brain barrier. L-theanine increases the activity of the inhibitory neurotransmitter GABA, which reduces our anxiety level. This amino acid also increases dopamine and the production of alpha waves in the brain – the same ones that are produced during meditation.

Studies also show that the combination of caffeine and L-theanine can have a particularly strong effect on improving brain function. Due to the presence of L-theanine and the small amount of caffeine, green tea invigorates in a much gentler way than coffee. Caffeine is absorbed more slowly from tea than from coffee, but it lasts longer. That’s why many participants in a certain research on green tea reported that they feel a more stable flow of energy and feel much more productive when they drink green tea instead of coffee.

For more information, read our article on the effects of caffeine and L-theanine if you accidentally missed it!

How to brew green tea?

First, let’s choose a green tea. We suggest our “Chinese Sencha”. We chose it because it is pure green tea. And we can offer it to you both loose, from our Home Tea collection, and in sachets, from our Premium collection.

Enjoy the most popular Japanese green tea in its tastiest and most fragrant Chinese version that we have selected after many degustations! Fresh grass aroma and taste that transports us to the beginning of spring.

For a perfect cup, we suggest you brew our “Chinese Sencha” HT collection loose tea, following those simple steps:

Heat water between 70 and 80 degrees. Be careful not to exceed 90 degrees, because if you brew green tea with a higher temperature, its taste will be more bitter. You will also get the same unwanted result, if you let it simmer for longer than the recommended time of 1 to 3 minutes. For a standard 240 ml tea cup, we recommend 1 tsp. tea or about 5 g.

If you use our DelmarTe tea porcelain cup, you can put the tea in the strainer basket and brew it under the lid. Then just take out the strainer and enjoy your tasty beverage!

Keep in mind that you can brew green tea again. And in the second or third infusion you will be able to enjoy other nuances in its taste that were not revealed in the first infusion.

If, on the other hand, you prefer our “Chinese Sencha” Premium collection in sachets, you can make two cups of 240 ml with one sachet. The water temperature and infusion time are the same. You just won’t need the strainer, will you ?! 😉 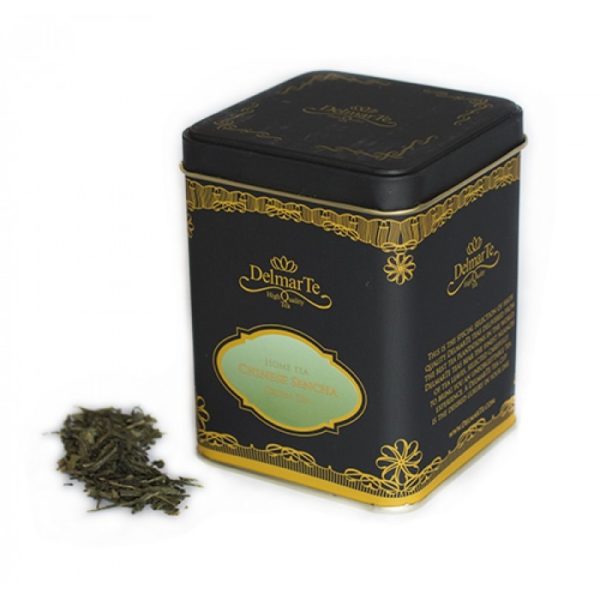 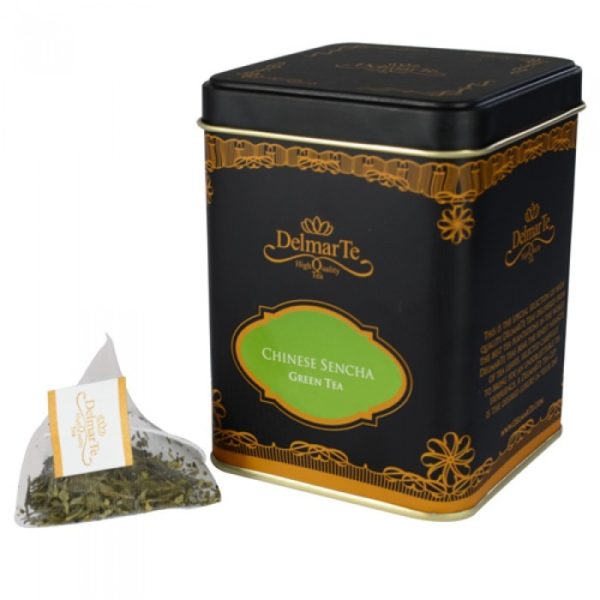 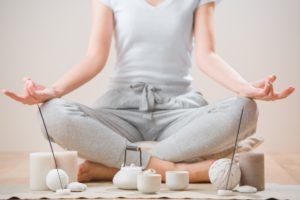 On the International Yoga Day, we look at the health […]

Or how to be healthy, full of energy and in […] 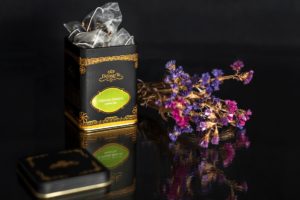 Enjoy the most popular Japanese green tea in an incomparably […] 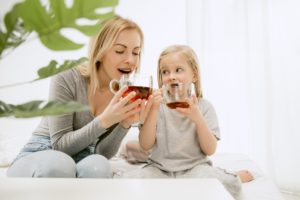 How and When to Give Tea to Your Child

To help you take care of your children with exactly […]

This website uses cookies to improve your experience while you navigate through the website. Out of these, the cookies that are categorized as necessary are stored on your browser as they are essential for the working of basic functionalities of the website. We also use third-party cookies that help us analyze and understand how you use this website. These cookies will be stored in your browser only with your consent. You also have the option to opt-out of these cookies. But opting out of some of these cookies may affect your browsing experience.
Necessary Always Enabled
Necessary cookies are absolutely essential for the website to function properly. This category only includes cookies that ensures basic functionalities and security features of the website. These cookies do not store any personal information.
Non-necessary
Any cookies that may not be particularly necessary for the website to function and is used specifically to collect user personal data via analytics, ads, other embedded contents are termed as non-necessary cookies. It is mandatory to procure user consent prior to running these cookies on your website.
SAVE & ACCEPT